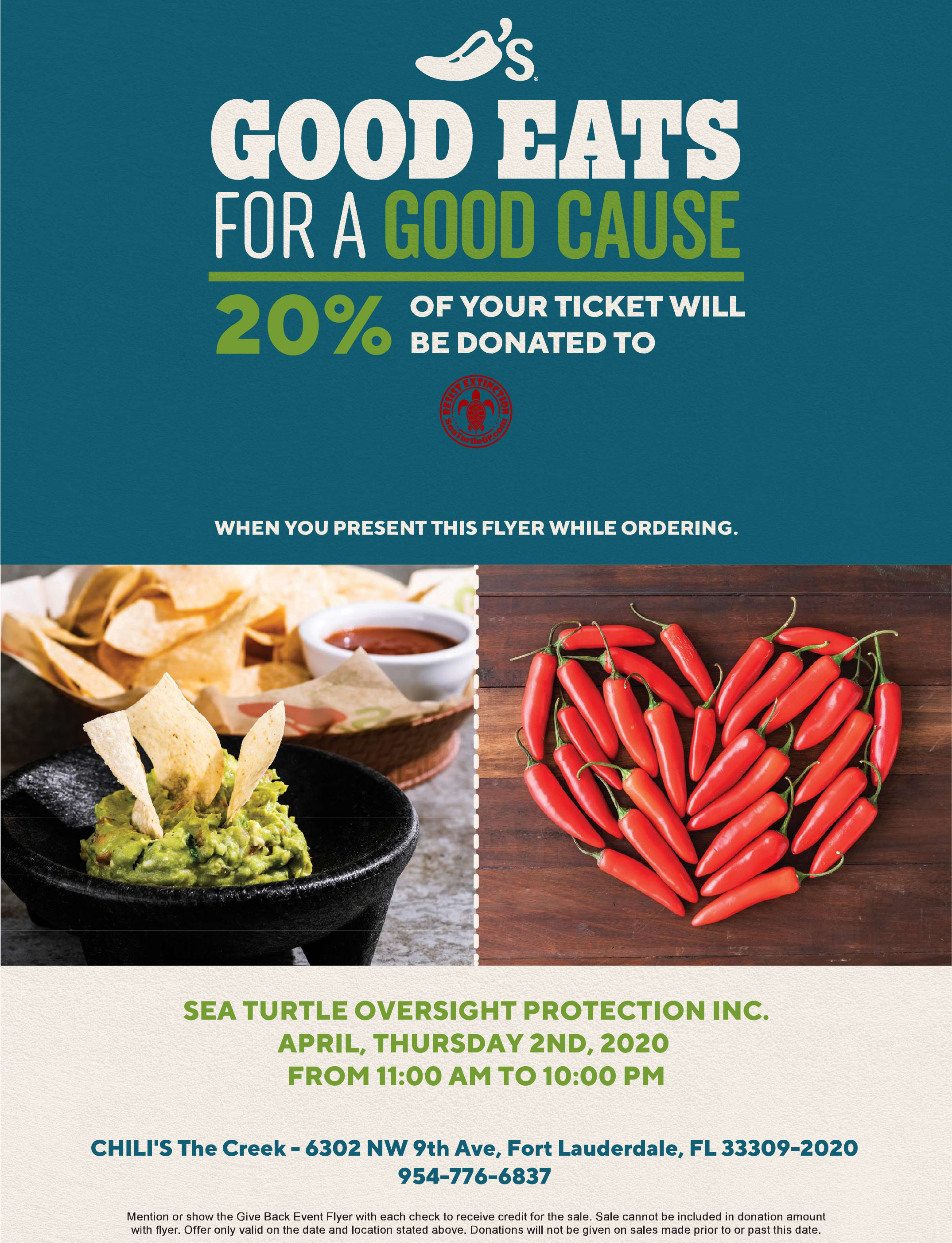 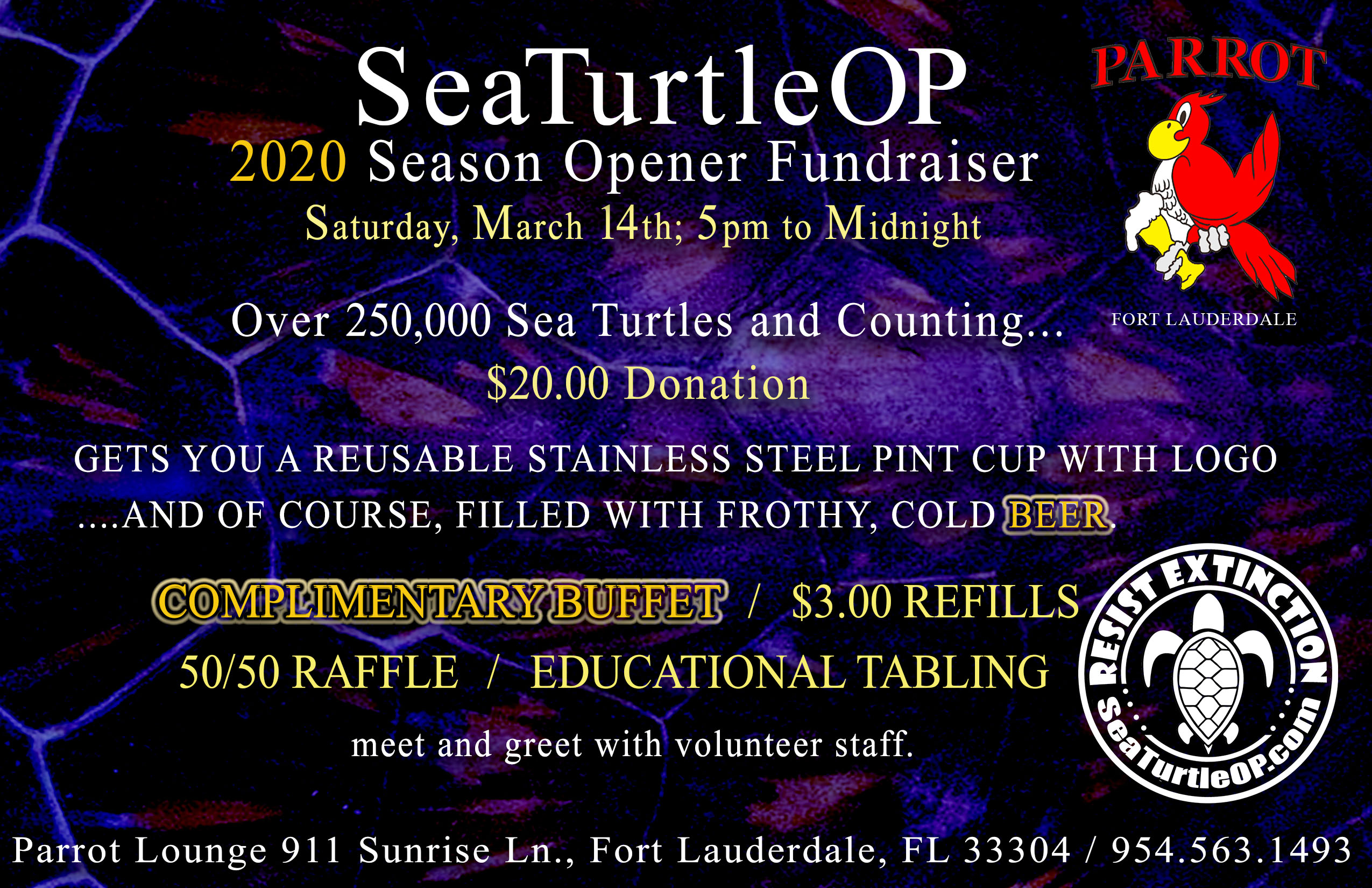 $20 Donation gets you a reusable logo stainless steel cup filled with a local chilled draft beer! 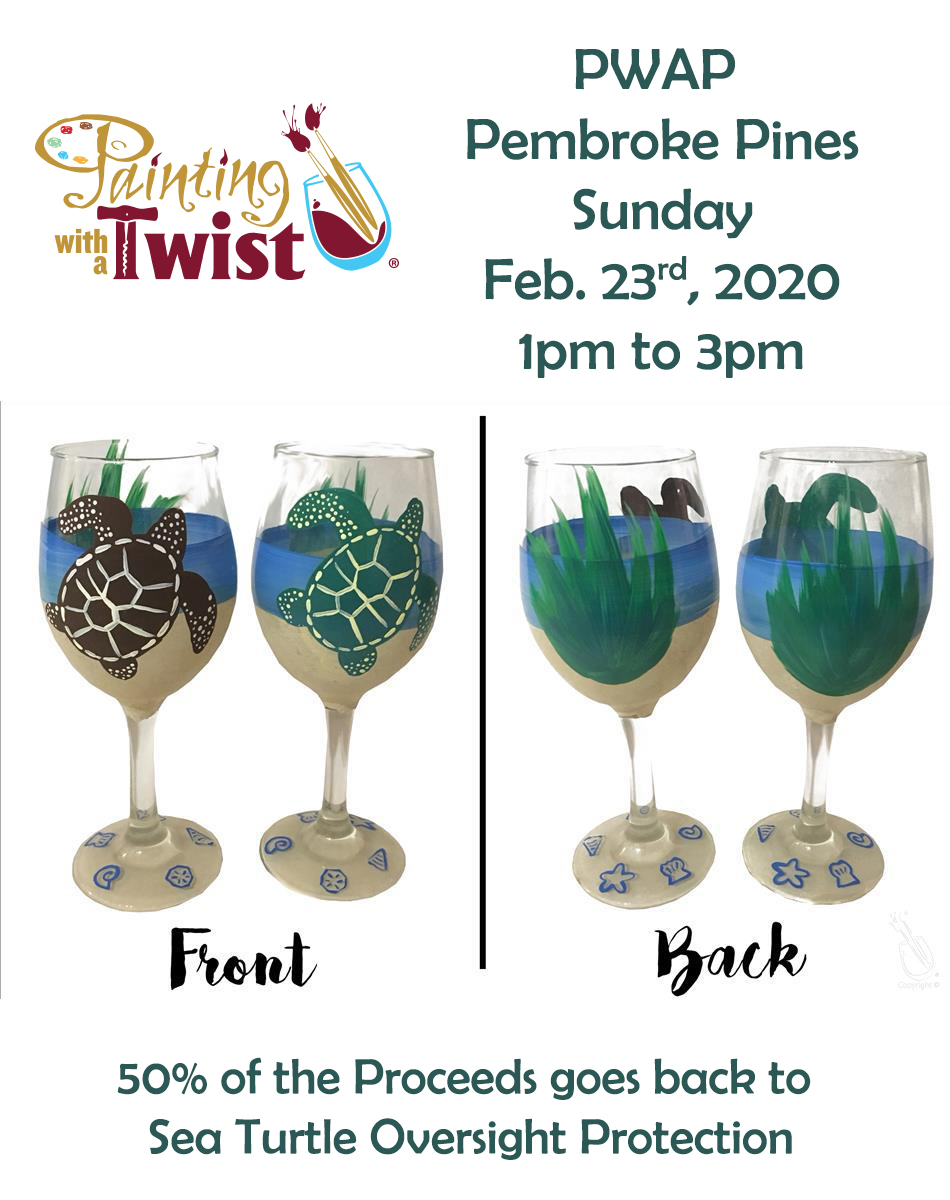 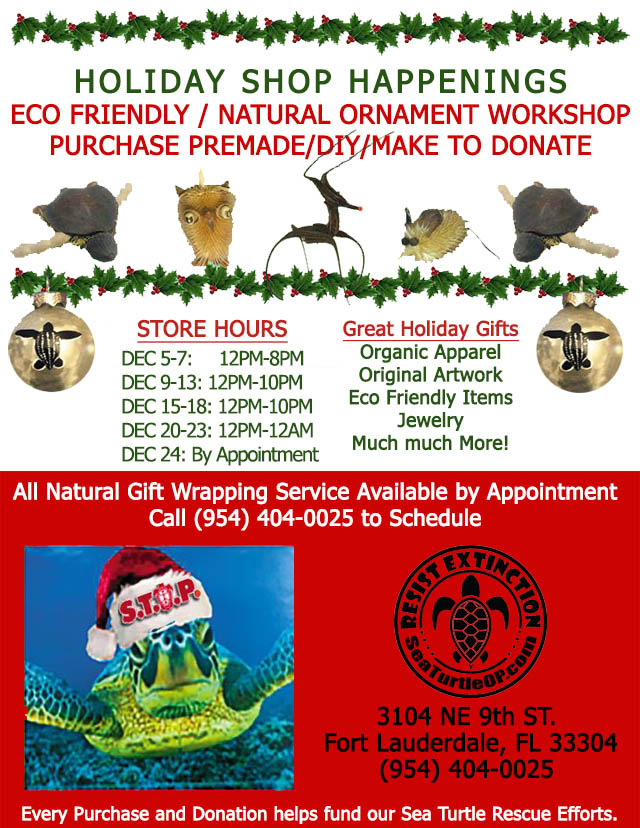 $10 Donation gets you a reusable logo stainless steel cup filled with a local chilled draft beer! 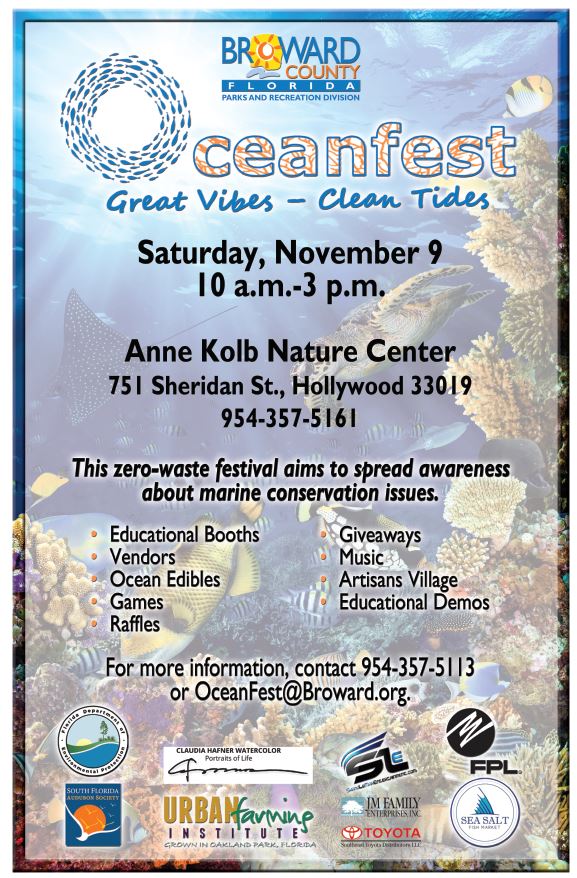 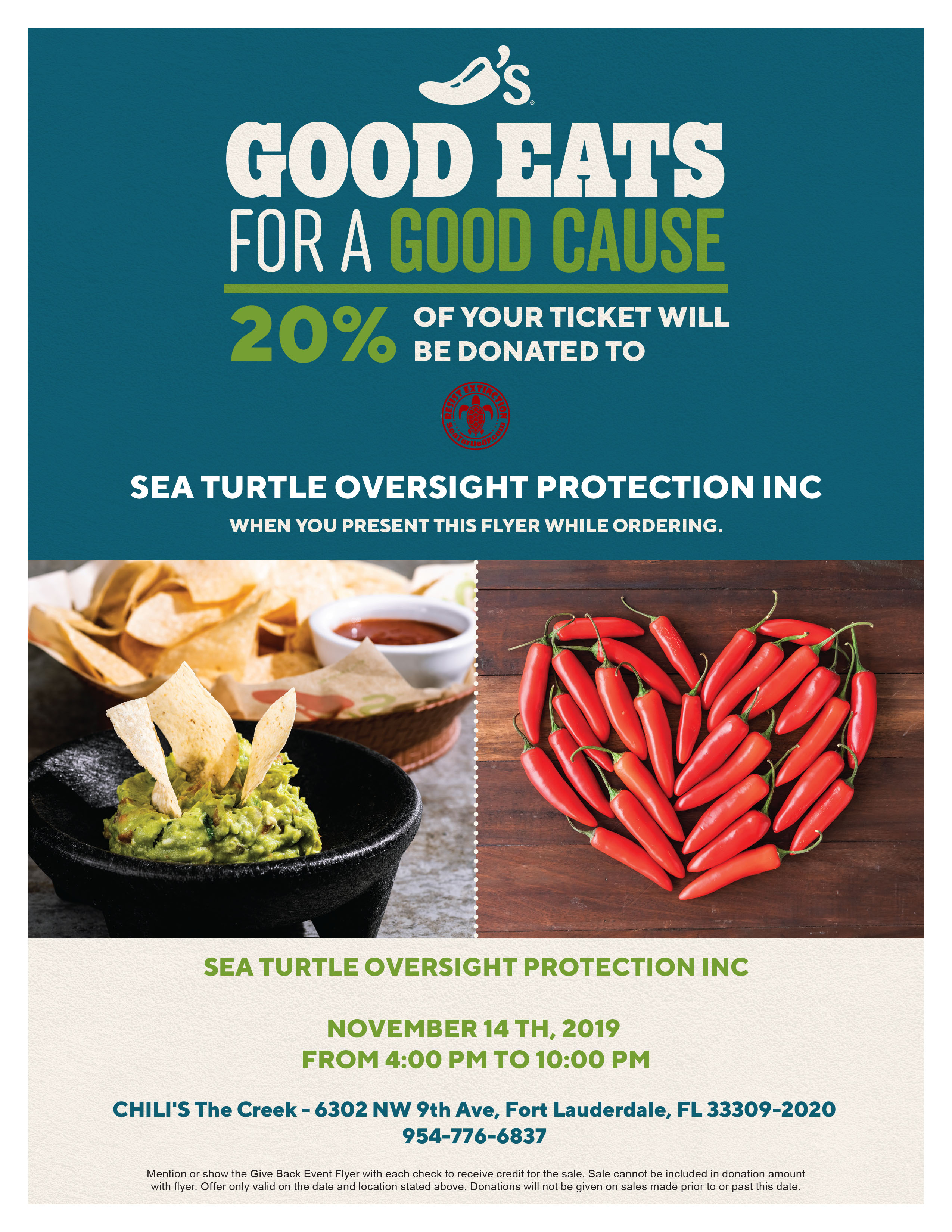 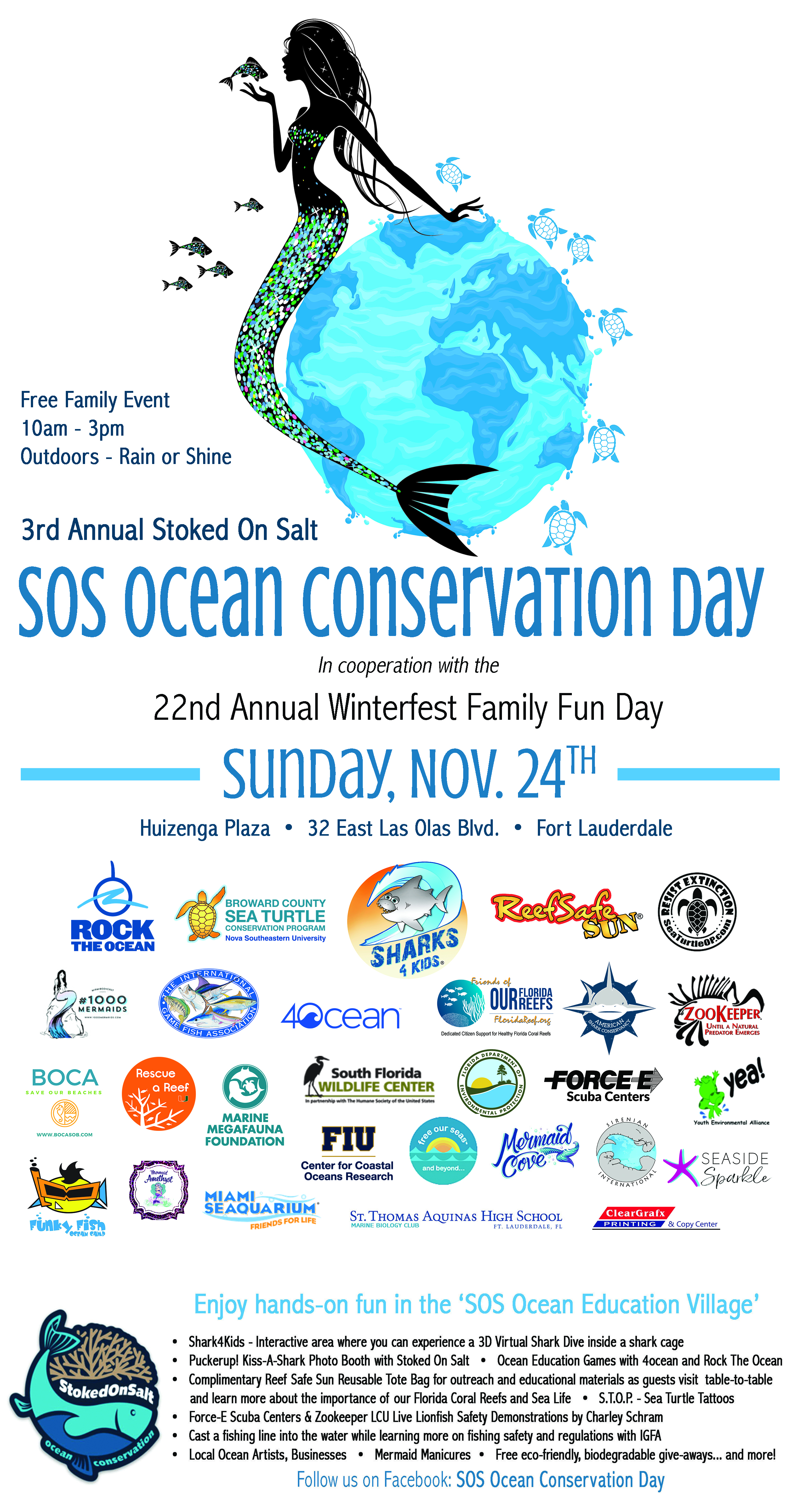 In response to green sea turtle population recovery, the National Marine Fisheries Service and Fish and Wildlife Service in 2016 found that growing climate change and sea-level-rise threats mean the turtles remain threatened and still need Endangered Species Act protections. Despite those threats — particularly to low-lying nesting beaches — the agencies failed to protect the turtle’s critical habitat under the Act.

“The recovery of most green sea turtle populations is a beacon of hope in our changing oceans, but we’ve got to protect the places they live,” said Jaclyn Lopez, Florida director at the Center for Biological Diversity. “Protecting sea turtle habitat will keep them crossing oceans and loyally coming ashore to dig nests on our beaches.”

“The Trump administration’s moral and legal attacks on our country’s greatest achievements extend all the way to the gentle and defenseless sea turtles that are guaranteed protection under the Endangered Species Act,” said Todd Steiner, biologist and executive director of Turtle Island Restoration Network. “It is unconscionable.”

A 2019 peer-reviewed study by Center scientists found most marine species listed under the Endangered Species Act are recovering. Listed species with critical habitat protections and those listed for more than 20 years are most likely to be rebounding.

“Coastal nesting beaches are losing suitable nesting habitat due to sea level rise, as well as increased temperatures, which further jeopardizes the survival of green sea turtle,” said Richard Whitecloud, founding director of STOP. “It is the government’s responsibility to protect this essential habitat to ensure these marine turtles survive.”

Federal experts have found that green sea turtles should be considered 11 distinct populations, or “distinct population segments.” Although some sea turtle populations are improving significantly due to the protections of the Endangered Species Act, like those in Florida, several populations continue to struggle. The Mediterranean, Central South Pacific and Central West Pacific populations remain in danger of extinction and remain listed as “endangered.”

The Endangered Species Act prohibits federal agencies from authorizing activities that will destroy or harm a listed species’ critical habitat. Animals with federally protected critical habitat are more than twice as likely to be recovering as species without it.

The Center for Biological Diversity is a national, nonprofit conservation organization with more than 1.4 million members and online activists dedicated to the protection of endangered species and wild places.

Turtle Island Restoration Network is a global nonprofit whose mission is to inspire and mobilize people around the world to protect marine biodiversity and the oceans that sustain all life on Earth.

The Effectiveness of the Endangered Species Act: A Quantitative Analysis

Let the bidding begin!
STOP volunteers will start monitoring the first leatherback nest of the season and will be naming the turtles that emerge from the nest disoriented.
THIS IS YOUR CHANCE to name the first documented Leatherback sea turtle hatchling of the season!
Bidding Starts...NOW!
Bidding starts at $15. You may bid as many times as you like.
Bids are to be in $5 minimum increments.
How to bid:
Visit our Facebook: https://www.facebook.com/SeaTurtleOP/posts/2231448463559322:0
Write your name and bid amount in the comments on the facebook post
Example bid:
Name: Squirt
Bid: $20
Name: Princess Peach
Bid: $25
Happy Bidding! 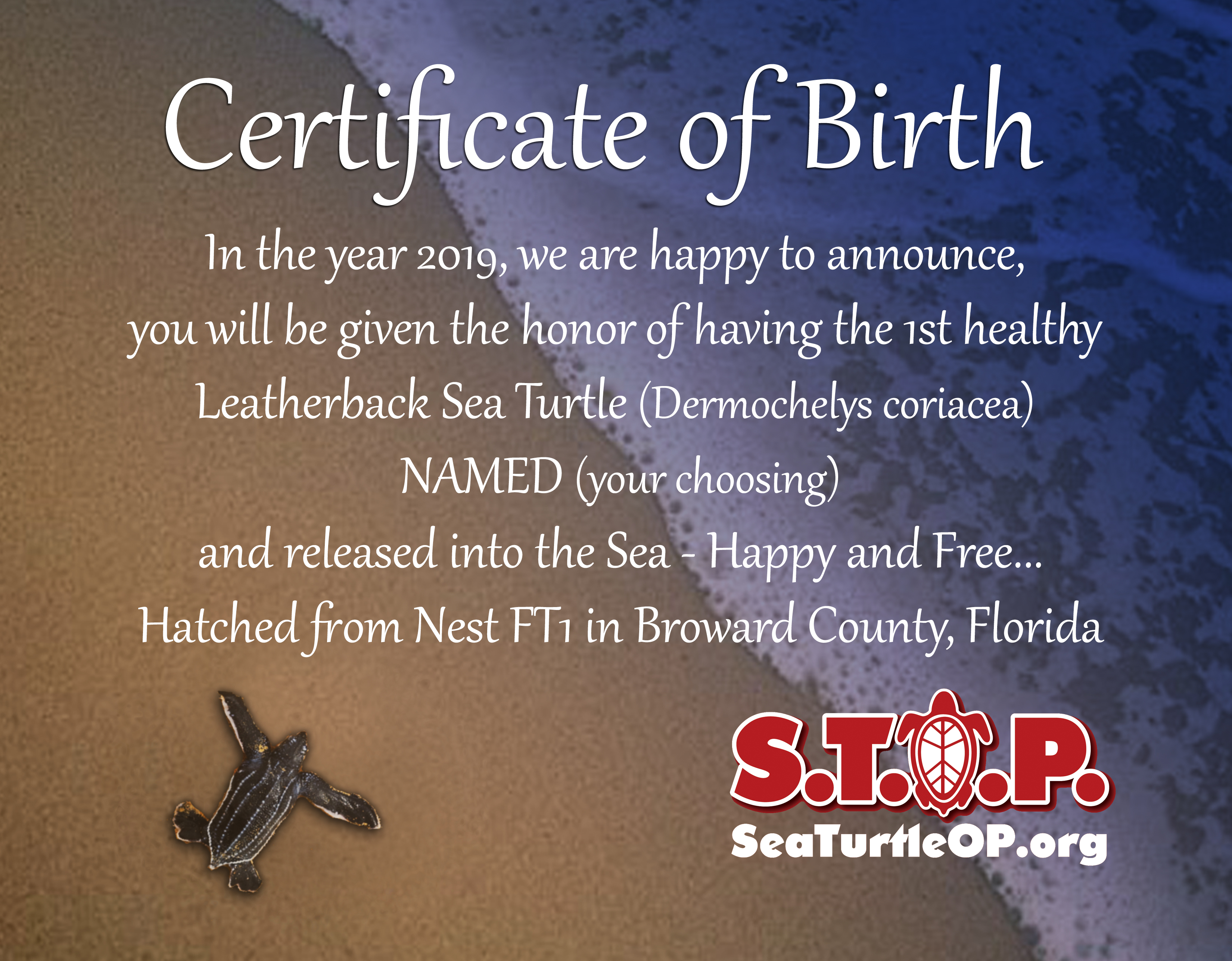 What is STOP? STOP is a non-profit sea turtle conservation organization made up of local volunteers who conduct nighttime nest surveys and monitoring to rescue and release disoriented sea turtle hatchlings in Broward County, Florida.

The program has reduced the hatchling mortality rate by over 50% in Broward County. Our FWCC certified nighttime survey volunteers monitor sea turtle nests and count the number of hatchlings that emerge. Hatchlings that go east to the ocean are left alone. Hatchlings that disorient to lights are documented and recovered in buckets. Rescued hatchlings are released into the sea or taken to Gumbo Limbo Nature Center in Boca Raton. We record the data with mobile devices in real-time using the FORMS app from Device Magic and publish the results on an interactive map as a public service. Since 2007, STOP volunteers have bucketed over 240,000 hatchlings that disoriented to lights on Broward County beaches. 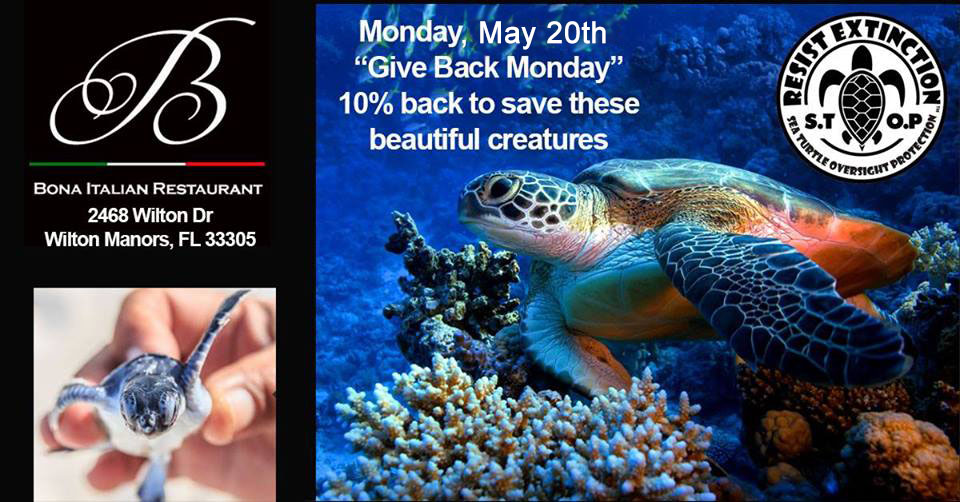 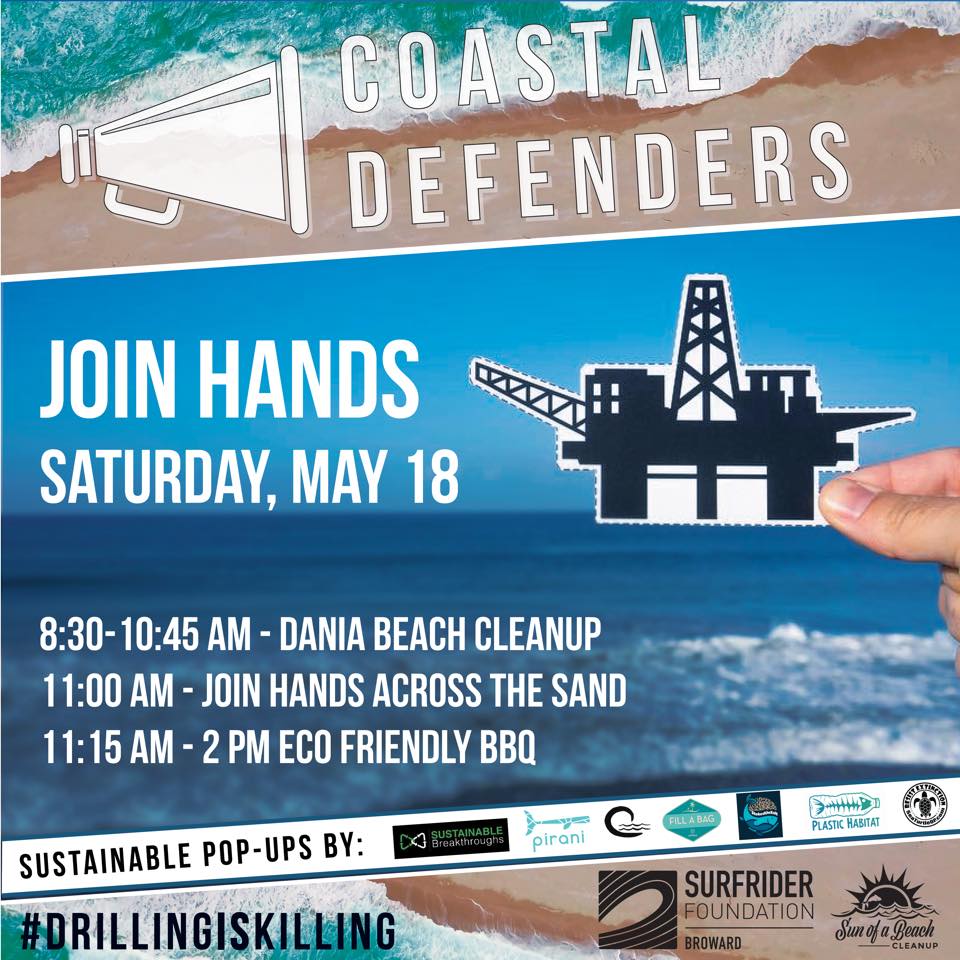